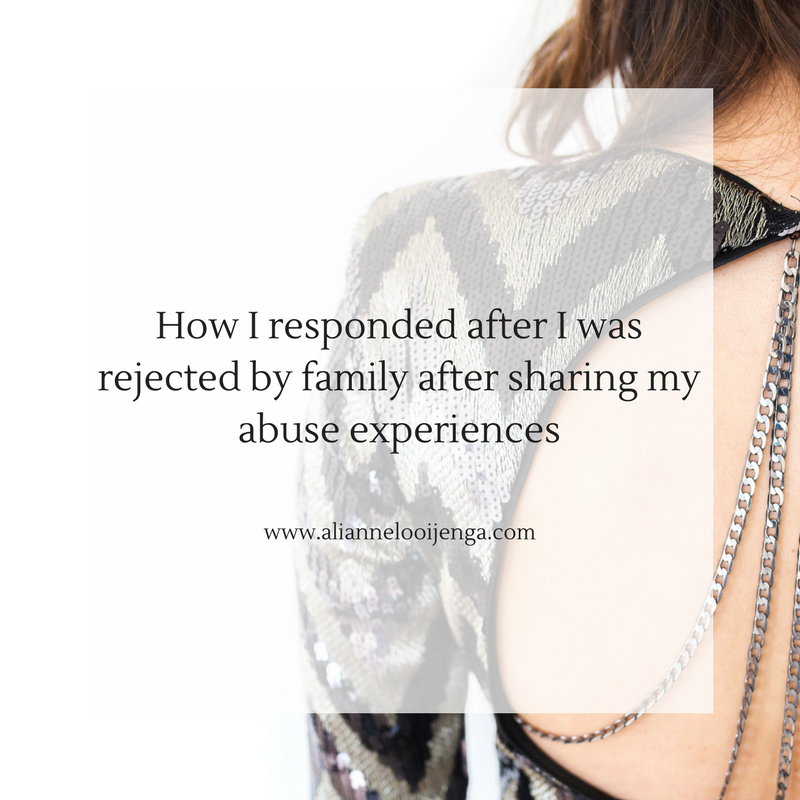 What do you do when you are unexpectedly confronted with the family who abandoned you after you told them about being abused by a family member?

That’s a question I had to answer – within 5 seconds.

My mom and I made plans to eat with eachother at my moms house on a friday evening, a few weeks ago. And as we arrived I walked into the entrance hall, unaware of what was about to happen. As I was about to open the door towards the living room, my mom suddenly said: “watch out that the dog doesn’t escape.”

All kinds of alarm bells began to ring in my head because the only dog that visits my mother’s house is the dog of an uncle of mine. The children were walking behind me, waiting for me to open the door as I went deep inside myself to gather all the pieces I had within me as I replied: “Why? Which dog?”

“Well,” my mother replied, as if all was well, “your aunt and uncle are here.”

I haven’t spoken to any of my aunts or uncles since I told them by email that I was sexually abused by another uncle by marriage from the age of 3 and a half until I was 14 years of age.

You might be wondering why I haven’t spoken to them, it is because their reaction to what I told them was the loudest deafening silence I had ever heard. But later on, a nephew told me that they – except for him – had known all along.

In those few seconds, as I stood in front of the door, in my mother’s narrow entrance hall, I had to quickly decide how I would respond to the presence of my family. I already knew I had forgiven them a long time ago, but that doesn’t mean that a situation can’t be extremely difficult. Nor does it mean that the past hadn’t hurt me quite deeply when they hadn’t responded to “my coming out,” never reaching out to me or talking to me about it while they knew all along!

Back then, in the absence of the family of blood, the family by heart stepped forward.

And somewhere in between I found my strength.

If you don’t have anything to be ashamed of, if you let go of the uncertainty of life, if you know who you are in the deepest parts of your soul and if you know what you stand for, then you are standing in your power.

I decided to respond to them with the emotions to the connection I have with them; those of distant acquaintances and the role they had at the time – visitors of my mother. I also decided that I would not let them greet me with a kiss, that is if they wanted to, after all, kissing on the cheek is something that is very common in that family, a behavior no longer compatible in the role of distant acquaintances.

As I entered the livingroom, my aunt stood up. I made sure we had physical barriers between us, greeting them and acknowledging them with a nod. Hereafter, I made sure my children had some tea to drink and when they were playing in the backyard, I withdrew for a moment to gather my thoughts together. After a few minutes, once I was sure that my behavior, emotions, and thoughts were on the same track, I stood up and I walked outside to play with the kids.

Shortly after, my biological aunt and uncle left.So far the first meeting after abandonment.

Despite my mother’s neglectful behavior, because again she didn’t acknowledge my feelings by not warning me of my uncle and aunts’ visit, I have found a way to deal with it all. It is not a way of coping that I will ever get used to or will ever approve, but I’ve found a way to handle it.

It is not the first time that she has disregarded my feelings, but I decided years ago that while it’s hard to cope with sometimes, I love her, understand why she does what she does and I believe there are more compelling reasons and feelings to stay in touch with her. In our particular way, we will manage.

And since I can’t change her, I will have to change my attitude towards her and the situation.

My mom often makes the remark to others that I look so much like my father because she thinks I look so little like her.

I don’t really think that I look a lot like my father, beside some physical features. But what my mother doesn’t see is that the difference between her and me is that I won’t be led by fear or thoughts of limitations. That I use the power I have found within myself to manifest my life.

I won’t shut my eyes and mouth on what I believe is right and wrong. And I will do my best to let my acts reflect accordingly.

As a child, I watched the TV show “Keeping-up appearances” with my mom.

I outgrew my youth. 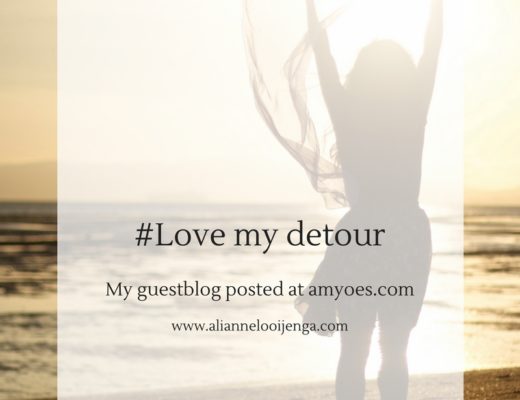 #Love my detour My guestblog posted at amyoes.com

Emotional abuse or Physical abuse, what is worse?