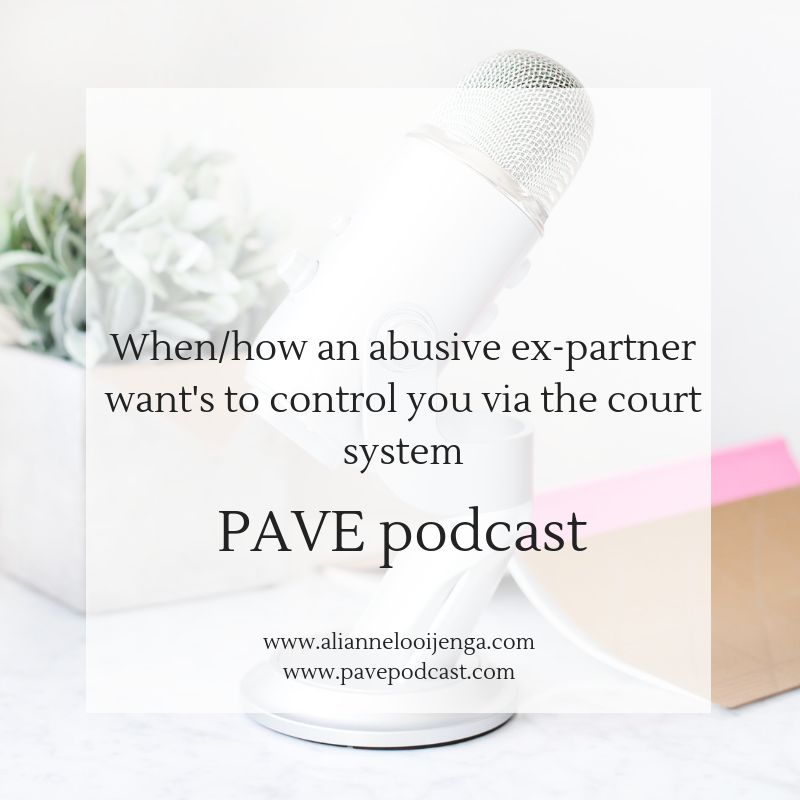 One of the main problems is that the violence against women coming out of abusive relationships, doesn’t end as soon as that relationship is over. The power and abusive dynamics that existed during that relationship can linger on long after the relationship ended. Ofcourse this can apply to men as well but in this blog I will focus mainly on my own personal story. That need to control others is often not limited to the partner. Often children are emotionally, physically abused or manipulated to how the abuser sees fit.

But if that would be all, the only thing that the abused parent had to do is to go to court and to go to social services to ask for help, right?

I wish it would be so easy.

Getting control over the victim via the court system

I remember attending the WAVE conference in Berlin two years ago, where there were participants with all kinds of nationalities holding their hands up high when asked if they were familiar with abusive parents using the family courts to gain control over the children. Not for in this case the fathers to have the children but to leave the moms without the children. Or use them as a threat to control mom again. Almost all hands went up.

It happened to me too. I fled with my children away from my abusive ex-partner when they were one year old. He has abused me so severely that they were born 7 weeks prematurely. We didn’t hear from him for a long time until I temporarily received money from the government since I had no job at that point and although I begged them not to, they contacted the ex to force him to pay alimony for the children. Then he wanted value for his money. The court send an social services employee two times for a short period of time who shrugged when I begged her to not let him be alone with me. She did let me be alone with him and he threatened me when I picked up the kids. To make a long story short, the judge didn’t saw any problems for him having unsupervised visitation rights. Sadly I knew my ex better than the judge did.

He abused one of my sons so severely at one point during visitation that he is now permanently hearing impaired. He put both of my children under a cold shower, cut in the pink part of the nails of their fingers and toes (nail bed) and forced them to eat foods that they weren’t allowed to eat because of their premature birth.

I made the very hard decision to go against the court rulings because my children were not safe. Ofcourse I was very scared but if they won’t protect my children, I have too. I had to re-fringe the rules despite whatever consequence.

In the Netherlands the court has the right to get you imprisoned if you don’t (fully) cooperate with visitation rights. My ex asked the court for that measure, wanted sole custody, tried to stop me from studying and wanted money for everytime I didn’t let the children visit their biological father.

The judge ruled I should pay my ex 500 euro for every time I wouldn’t let my children go to their biological father alone. That means that within a few months I owed him 15.000 euro.

Next to that I didn’t get permission to finish my studies which left me in study debt which meant I couldn’t make my dream to work for the UN come true.

Although my dream to work for the UN didn’t come true I did start the PAVE podcast where I talk and connect with UN speakers, and all those influencers who try to end the violence against women and children. Making my dream come true by following a different path.

But I know the system hasn’t changed. Especially since judges all over the world often still use practices from the ‘70’s and ‘80’s  a time where research on domestic violence were just in the beginning phase.

Future me too campaign

The lives of abused people, whether men, women, or children are at stake and we can’t take their lives for granted. And that is a message for all policemen, the court. lawyers, social workers etc. Inform yourself with all information that is available like the ACE studies, the Safe Child Act, the Quincy solution. Read books like Donald Dutton’s ” the abusive personality” . Learn how to truly recognise abuse. And let us extend and make use out of the METOO campaign to create a new reality for survivors.

Regarding the investigation of UN advisor Ravi Karkara for sexual misconduct 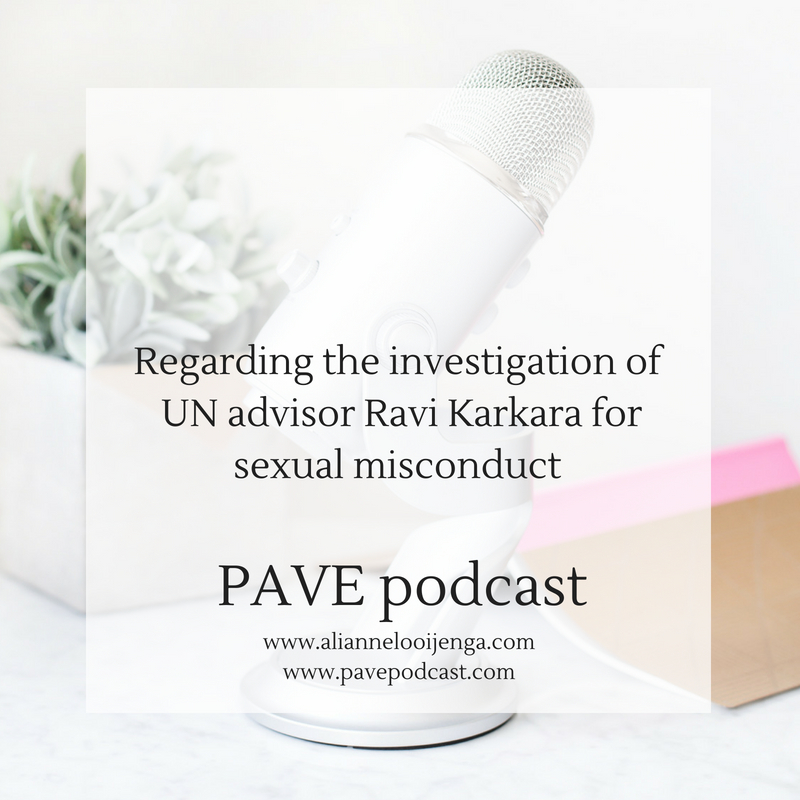 Update 09/08/2018
A while ago I was warned by Mandy Sanghera (my mentor and first guest on the PAVE podcast) that Ravi Karkara was under investigation for sexual misconduct.
Ravi was also one of the first guests of the PAVE podcast and senior advisor for UN women. Although I knew about this dreadful news for a while I am still shocked and at first didn’t know what to do about this particular episode with Ravi. Should I delete it, should I take it down, I really had no idea. And to be honest I am still not quite sure what to do with it right now.
Until I am sure about what to do I decided to keep this episode. Not only because the investigation of the UN is still going on but also because it shows that (sexual) abuse, manipulation and misuse of power can happen everywhere. That what someone is pretending to be can very differ from the reality. It can happen in every organisation, in every position, regardless of gender and even an institution like the UN is not immune to it.
What is important now is what the UN will do with their investigation, what the outcome is of this and the other accusations in former and present complaints of other people.
My wish is that the UN will take a stand and will serve as a rolemodel for institutions like courts, police stations and so on. Because victims have been silenced for to long.
Thank you Mandy and Kerry for supporting victims!
#silencedtoolong. #metoo
https://www.theguardian.com/global-development/2018/aug/08/senior-un-gender-and-youth-adviser-accused-sexual-misconduct-ravi-karkara-investigation-eight-men-un-women
Leave a Comment
Blog
Share: